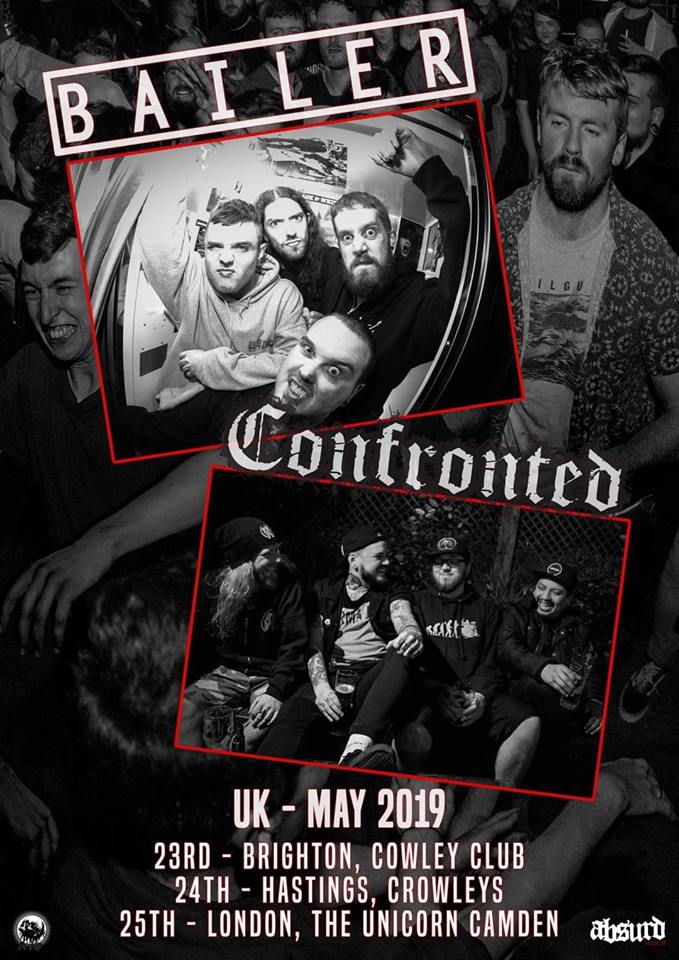 Bailer UK Tour End Of May

Having just completed their jaunt around Ireland with Conjurer from the UK, Bailer are gearing up to cross the Irish sea for three dates in the UK with CONFRONTED from the UK from the 23-25th May.

Bailer aren’t done there as they are due to head back to the UK again later this year for a tour with Black Coast in September as they hit up Edinburgh, Birmingham, Leeds and Castlefest.